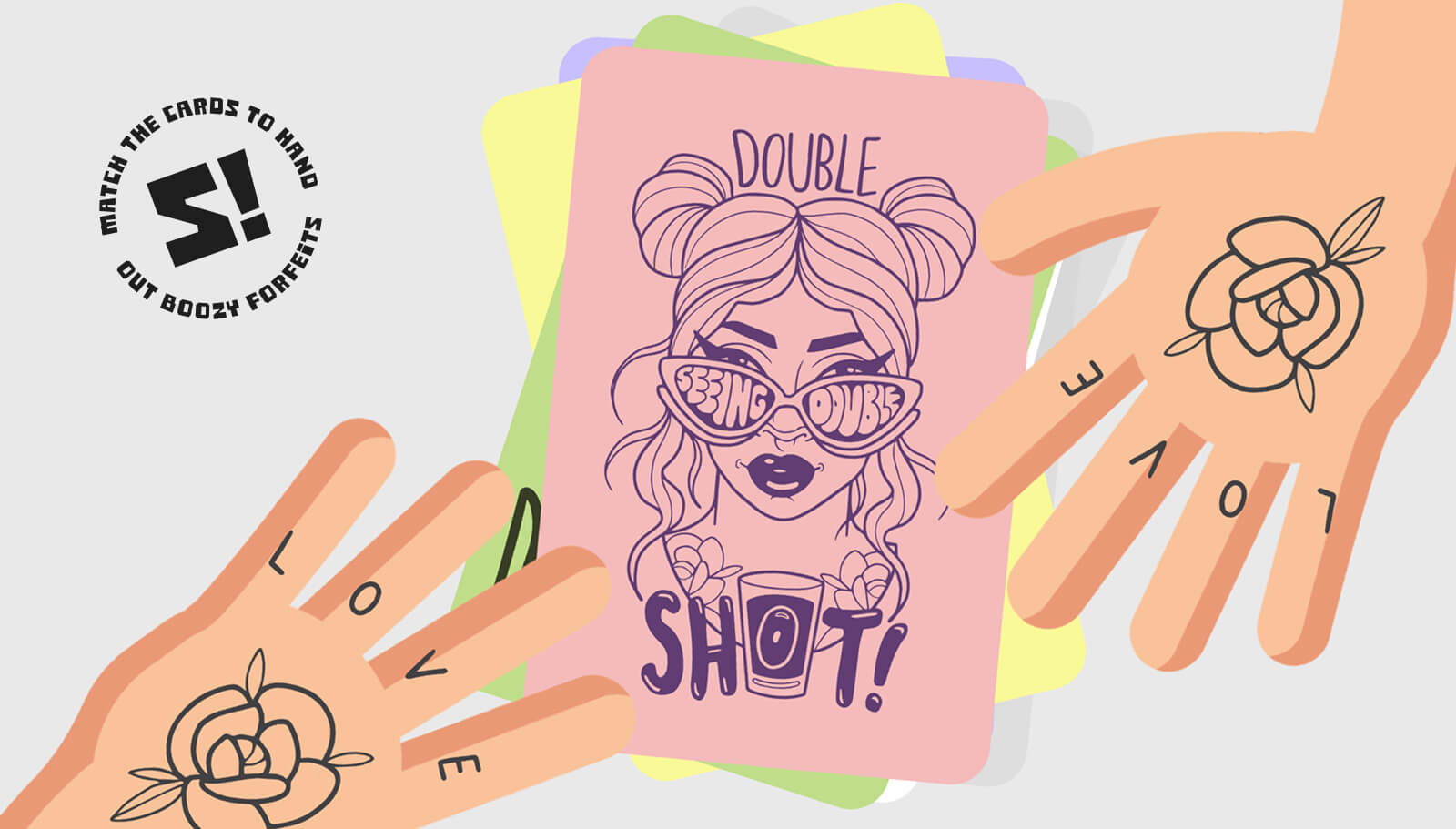 I’m over the moon to announce that my card-based drinking game is returning for its second edition. And this time it's tattoo-themed. Schnap!, the easy-to-play and intense party game, is back and more beautiful than ever – this time designed by Leeds-based professional tattoo artist and illustrator @LucyBlueTattoo.

Where it all began

Co-founder Jack and I released the original drinking game 'Schnap!' back in September. Expanding off the back of its first paper prototype, we developed the card game to what it is now and built a product that we both love.

Wanting to make the biggest impact, we headed out on foot to campuses across the country, selling 100 packs in the first ten days. After a whirlwind Freshers' period it proved itself to be the ultimate party icebreaker on university campuses nationwide.

And so tried and tested, we now know the game works, and works well. We're now looking for backers to help fund our first limited edition deck, designed in collaboration with UK tattoo artist @LucyBlueTattoo.

As before, the rules are simple: get your mates round, crack the deck open and match the cards at high-speed to hand out boozy forfeits to each other.

As with the first, you can sleep easy knowing that there's no more googling the rules to Ring of Fire. No more searching high and low for Beer Pong balls, and definitely no more awkward silences. You've got everything you need in one deck, and it's easy-to-learn, fast and competitive.

We’ve teamed up with Kickstarter to bring version two to life. You can follow the fundraising campaign’s progress and pledge for the pack here.

Update: We were chuffed to announce that we smashed our target to get Schnap!'s tattoo drinking game over the line. Over 105 backers from around the worldwide pledged upwards of £2.2k to bring the deck into the world. You can get your hands on what's left of the limited edition on Amazon UK here.